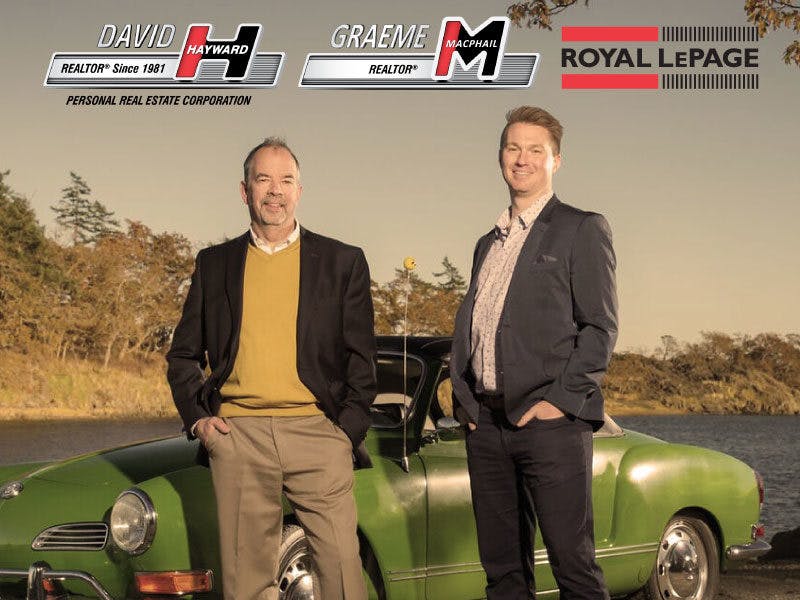 The first Chinatown of Nanaimo was established in the 1860’s when the Vancouver Coal Mining and Land Company (VCMLC) built housing for its Chinese labourers who were hired to work in the coal mines in the area. The VCMLC built housing for the workers from China in the Esplanade Street and Victoria Crescent area.

When this area became more valued, Chinatown was moved to the end of what is now Machleary Street to accommodate the growing number of Chinese mine workers who were brought over to work at much cheaper wages. They faced resentment from other workers who went on strike for 7 months in 1870 in protest after their own wages were cut. 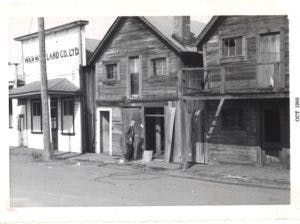 In 1885, The Royal Commission on Chinese Immigration reported that in Nanaimo there were 846 Chinese workers in the vicinity: 64 Chinese miners and cooks, 18 servants and cooks, 6 store employees, 6 merchants, 13 farm labourers, 8 washermen, and 4 barbers. Another 727 worked in the mines in Wellington.

Seeing Chinatown as a new source of tax revenue, Nanaimo council voted to extend the city limits to bring Chinatown under its jurisdiction in 1886. The population of Chinatown stagnated when the Labour Regulation Act of 1898 was passed, excluding Japanese and Chinese workers from working in the mines. 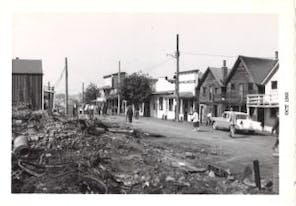 In 1903, the Vancouver Coal Mining and Land Company sold their interests to Western Fuels who hired a British architect, George Deverill, to come up with a town plan, giving its present fan shape. Western Fuels parcelled off the land and sold it in chunks.

Seeing an opportunity, local Chinatown entrepreneur, Bing Kee Mah and Chung Yung Ching formed the Hop Sing Company and purchased the entire Chinatown along with 30 acres of adjacent farmland in 1908. Mah had tight control over Chinatown, providing capital for stores, restaurants and wash houses in exchange for half their profits. In return, he became one of the wealthier citizens of Nanaimo and bought land in the interior of B.C. and Alberta.

It is believed that there were competing interests from other Chinese entrepreneurs from Victoria and Vancouver who also had business concerns in Nanaimo. Around this time another land company called Lun Yick Company purchased 9 acres of property around the intersection of Pine and Hecate Streets, across the E & N Railway tracks. The Lun Yick Company had a more enticing rent system and soon Chinatown relocated to this area despite a legal protest by the Hop Sing Company.

After the Second World War, Lun Yick Company sold the land to the Wah Hing Land Company based in San Francisco. From their office at 570 Pine Street, Wah Hing Land Company collected rents charging $2.50 a month for half a lot of 33 feet or $5 for a larger lot. They also charged .50 cents per person plus utilities.

Chinatown saw its population slowly decline starting in 1923 when the $500 Chinese head tax was removed and replaced with the Chinese Immigration Act, which virtually halted all emigration from China until the act was repealed in 1947.

Chinatown was a thriving and bustling community despite the inadequate roads and lack of fire safety equipment.

On September 30, 1960, a fire broke out around 4:30pm in No. 6 house, spotted by Louis Fong, a cook at the Tideview restaurant. Several people tried to combat flames as the Nanaimo and Harewood (Volunteer) Fire Departments were both dispatched.

Newspaper accounts of that fateful day recall Chuck Wong running from door to door to alert residents while others tried to save whatever possessions they could. 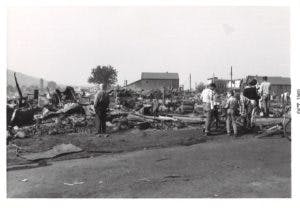 “The fire was throwing heat into the middle of the road. Fire crews tried their best to advance with lines of hose while fellow crew members held sheets of tin to block the heat. At one point a propane tank exploded and shot across Pine Street, its flames severing one of the hoses.”

There were many stories of personal hardship including that of Paul Mah who recalled racing home as the fire spread on both sides of the street to find his three month old daughter in a basket in the garden while his wife Kay was trying to save whatever belongings she could.

It was such a powerful fire that it remained out of control for seven hours and in the end virtually all of the buildings were destroyed in the Chinatown area. Such popular restaurants as the Puss-in-Boots, the End House, the Canton and the Chop Suey House were lost forever. Over 200 people were made homeless by the fire and many others never financially recovered from this disaster.